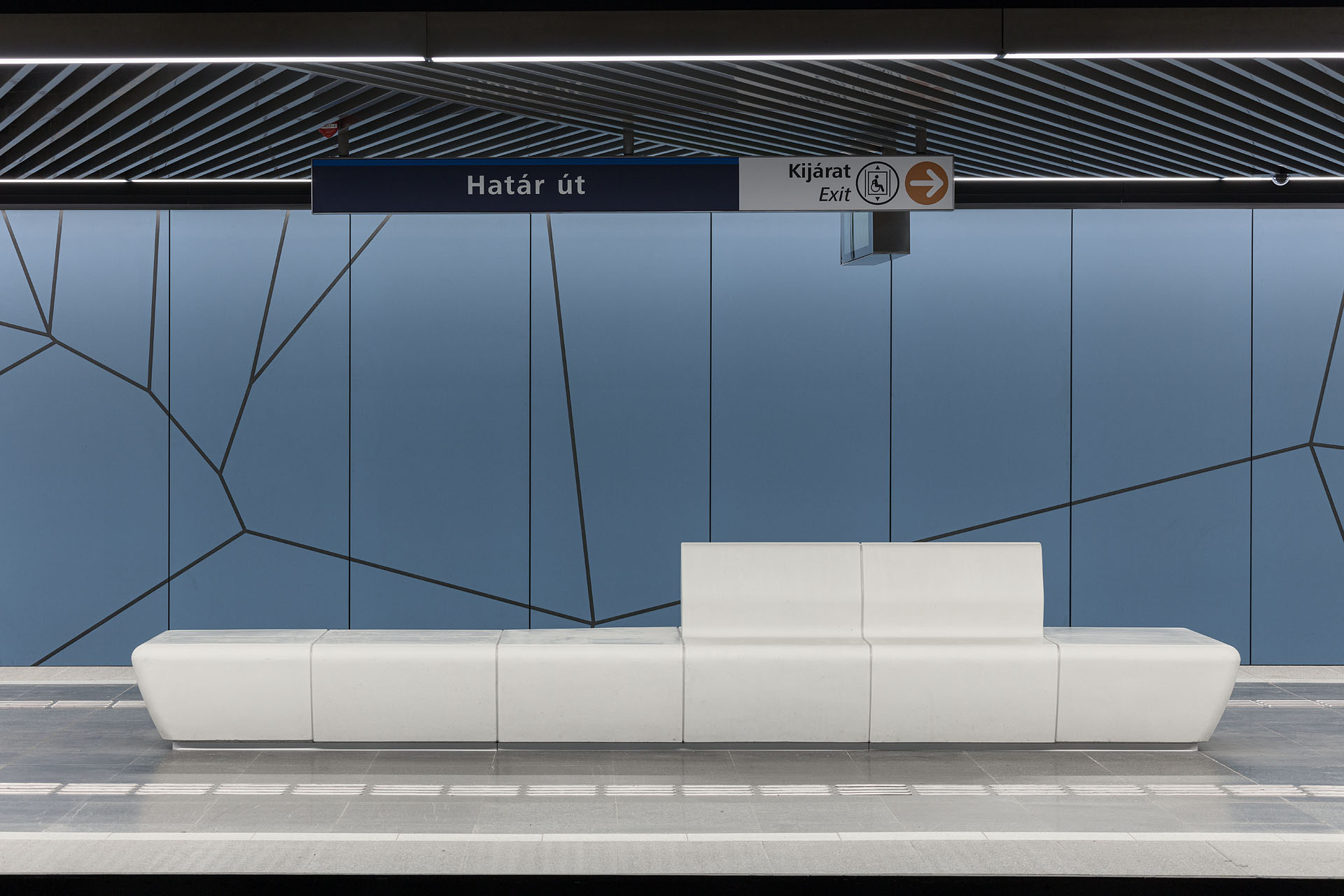 The planning and implementation of the new stations of the Metro 4 Budapest was an extraordinary task on a domestic scale spanning ten years. Although the engineering aspects were the main focus during the preparation of the work, the architects played a decisive role while planning. The concept of the line as a whole and the inventive design of the individual stations won numerous domestic and international awards: the completed ensemble is one of the most successful projects in Budapest in recent decades.

The design of the stations of M4 started with a national public secret architectural design competition held in 2003-2004, which prepared the design of the architectural concept and image of the stations. The winning PALATIUM Studio involved other successful offices in the process, so 2nd place Budapesti Építészműhely and 3rd place Puhl and Dajka architecture offices. The architectural design of other stations was undertaken by Gelesz és Lenzsér and sporaarchitects. The engineering plans were prepared by the staff of FŐMTERV-UVATERV-MottMacDonald Consort, which participated in the previousdesign phases.

In addition to flexible operation, the networked system of the offices also provided the most important background for creative work. In the initial period of planning, the architectural workshops made the main conceptual decisions through joint work - for example, in matters of spatial planning, functional order, and the use of materials - and then the individual stations were designed by the designers filled with their own architectural creativity. As a general designer, PALATIUM prepared the further work by designing two prototype stations, Bikás park and Újbuda-központ stations, and developed the uniformly applied principles, solutions, and technological details.

The passenger information system, most of the furniture and lighting elements for safety were created under the authority of the general designer. The continuous upper strip of light, which serves as a prominent light on the platform, was placed on the suspended object carrying the information surfaces and information devices,while the inner side of the safety strip on the platform is lined with blue and amber strips of light, which start to flash when the train arrives and then turn off when the doors are opened. In the event of a fire, the standard escape direction lights are supplemented by safety lights recessed into the floor. 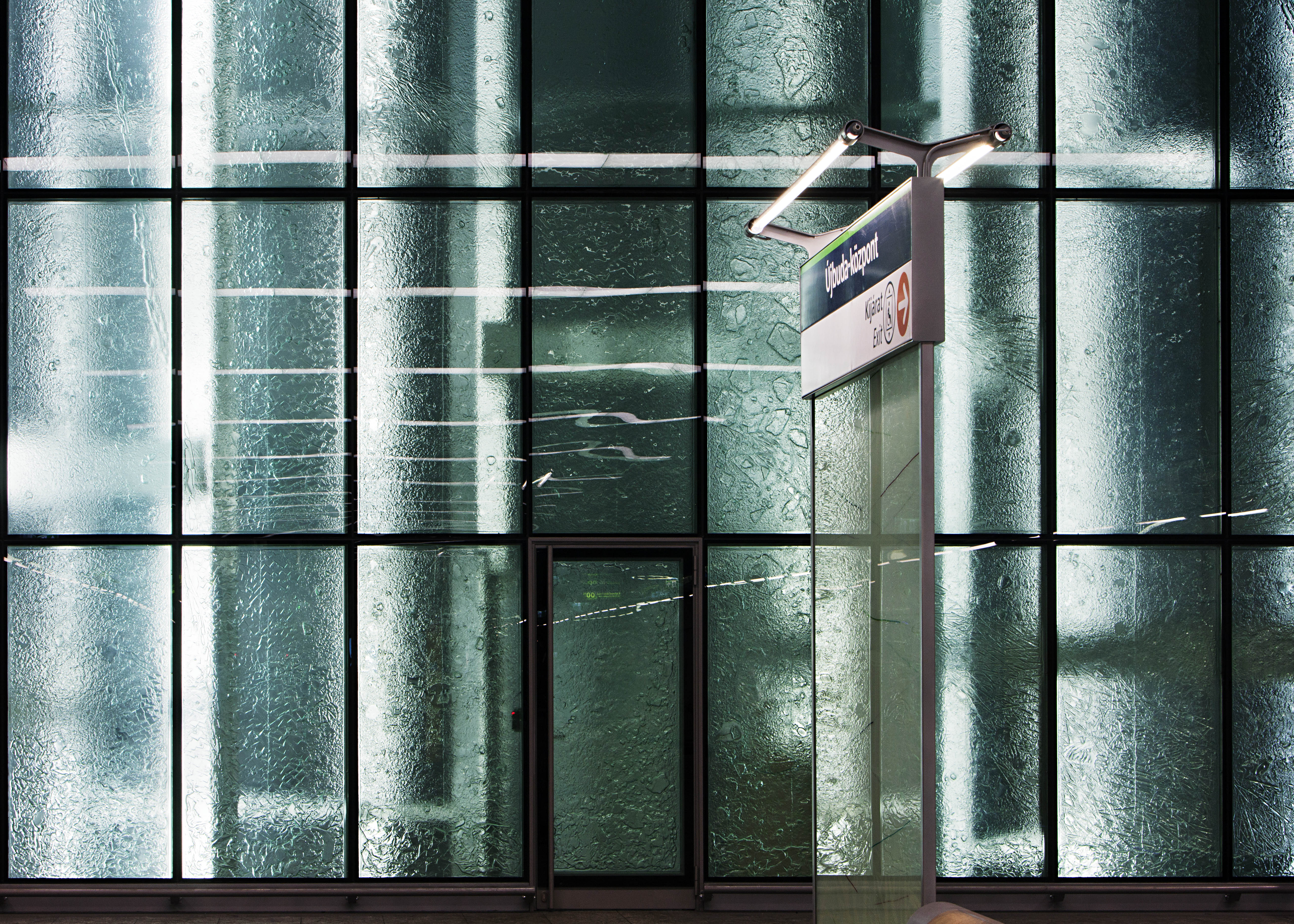 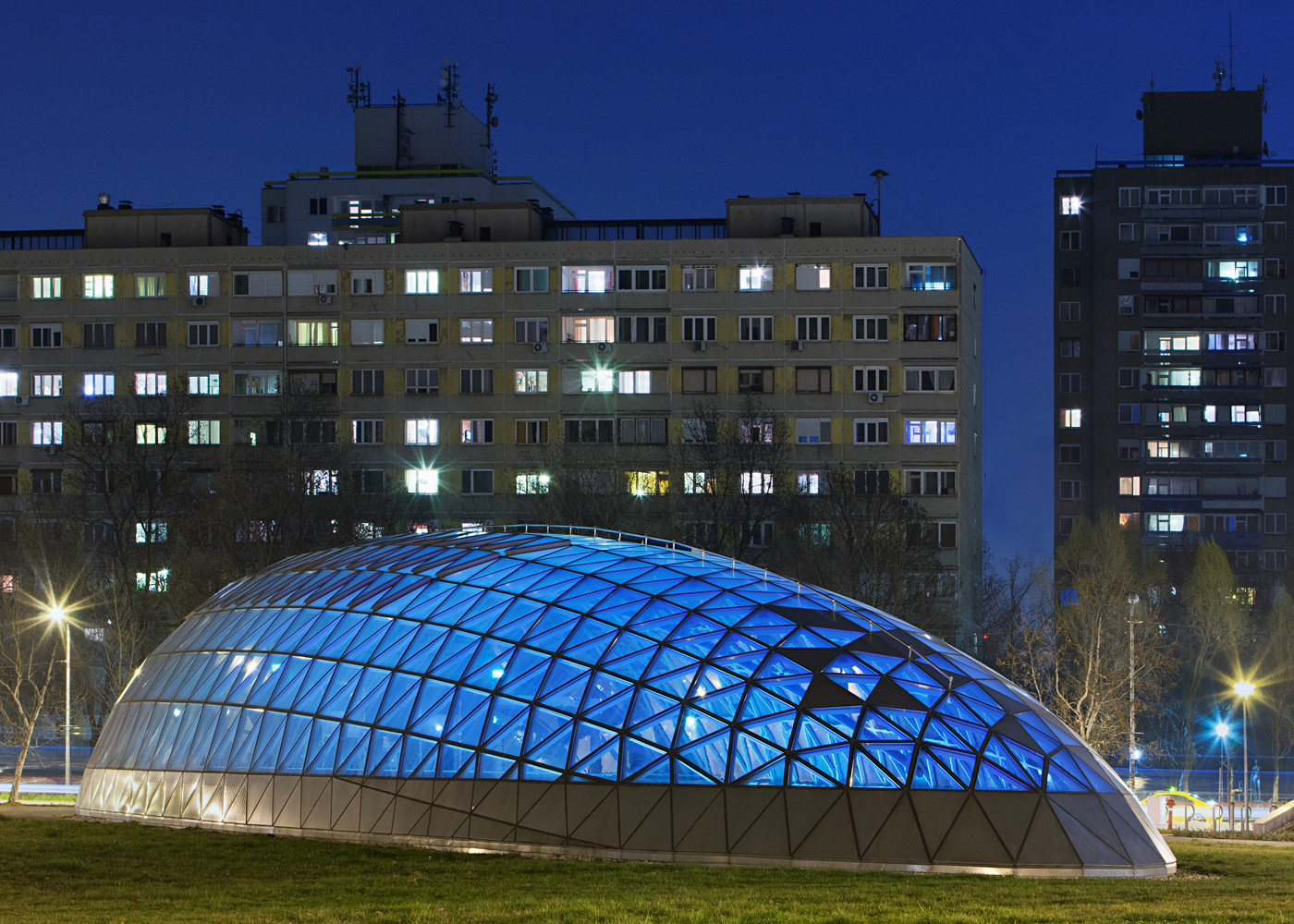